Arriving in Salta was a relief after riding another long dusty section from San Pedro de Atacama Chile. Thinking that
once out of Bolivia, the roads would be better. Wrong! - Some sections of the road in Argentina on Paso de Sico were
some of the worse deep sand I rode.
Salta is a beautiful city with many amazing Colonial buildings in it's center square. Argentina is known for it's good meat and wine. After feasting the best meat sandwiches and too much killer Ice cream... it was time to continue on south taking route 40....

Every night we are able to find sweet camp spots along the road.

Nice pave section along the wineries of Cafayate.

Hiding from rain - we camped the night under this bridge. Luckily there wasn't much traffic

Matthias got a flat tire. I was waiting for over and hour in Chilecito, thinking he had broken down. Lucky for him, 10 minutes
after his flat, a trucker stopped and picked him up. put his bike in the back of his trailer and drove him to where I was waiting. The good thing, I was waiting across the street from a tire repair! Fixed his tire for 5 bucks!
The next morning while packing his bike at our camp... his tire was flat. Rode to the nearest town ( he didn't quite make it, walked his bike the last few kms) this time he put a new tube.

After passing the 2 mile tunnel from Argentina to Chile Border. This is a big sign of global warming. At 3000 meters, this
area for this time of year is normally covered of snow. This is a few KMS from a Chilean Ski Resort - Portillo -which should
be opening in mid June - Not this season!
Posted by Angela & Alain at 3:03 PM No comments:

Passing the Bolivian immigration / Aduana office was probably the easiest laid back one I encountered. My passport was stamped in a second and returned my temporary bike permit with 20 bolivianos (3 bucks) few jokes were passed around with the officials about cold weather on a bike. - " Gracias " I was on my way.
A few kilometers later. The road turned to perfect black asphalt. The paved road leading to Paso Jama into Argentina. It was such a relief to be back on pavement after riding over 600 kms of rough, dirt roads.
I rode down 2000 meters in 50 kms, I felt the air getting warmer and warmer as I dropped elevation. At the Aduana in Chile, i was nervous to see if they would realize that my drivers license and motorcycle plates were all expired. If any country would notice, Chile would be the one.
To my surprise, passport was stamped, bike papers filled, a quick inspection on my bike was made by a young girl that just kept commenting how nice my jacket was ( I though she was making fun of me since I was covered in dust) but she wanted me to give her my nice green Patagonia jacket. Half hour later, i was on my way.
As I rolled into San Pedro, I ran into 3 bikers from Argentina. They had rented Honda Translap (big bikes) in Buenos Aires and heading into Bolivia. After one got a flat tire half way to the Border, they turned around to fix it in San Pedro. None of them of them had any Idea what they were getting into... No maps!!! no spare parts or anything, No camping gear, not even extra water. The trio were heading into an unknown epic. One guy was riding with his girlfriend on the back.
I told them about the bad roads, how much sand they should expect, gave them a few tips, like taking air out of their nice street tires! If they had no camping gear, that it would be a loooonnnng ride to where they could stay in a Hostel.
The poor girlfriend looked at me with fear. Perhaps they changed their planned route. Going North of Chile and cutting into Ollague pass, but no matter where they would end up. They better get ready to face cold weather, and sandy roads.

I gave them a map of Bolivia, wished them good luck and rode off to find a campground so I could clean up the dust from my teeth. I spent a couple days in San Pedro de Atacama, cleaning my bike, myself and my clothes. Checked my business with the world of internet, ate some good food after a few days on cookie diet, it felt nice to eat a good meal.
I checked out the Valley de la Luna at sunset and ran into another biker. Matthias of Germany had bought a ChineZ Moto 1 - 250 and had been riding solo since Ecuador. We met in the evening for some beers and exchanged some travel stories. Laughed about the bad roads of Bolivia and made plans to ride Paso de Sico to Argentina together. He didn't want to venture into more bad roads (paso de sico is another long section of dirt) He had been having problems with his bike along the way so he was planning of riding Paso de Jama, a nicer paved section to Salta Argentina.
Myself, I didn't like pave road so much, as it meant more traffic. I convinced him his bike would be fine, I had lots of tools to fix his bike if it would break down and the scenery is also nicer.
With the my shiny clean, clean clothes and enough of tourist scene, we rode away into more dirt making our way to Salta Argentina.

Yes, welcome to Chile! No more dirt...Leaving Bolivia behind...

Volcan Licancabur 6017 meters, view from Chilean side. I slept on the Bolivian side the night before.

My new riding partner Matthias, with his ChineZ bike and his huge backpack, riding towards Paso Sico.

Miriam climbing under warm sunshine at 4000 meters in Socaire Chile
We stopped here to meet Miriam, a german girl we met in San Pedro, she told us about this climbing spot along our way to Paso Sico. So Matthias and I stopped to get a couple pitches in. Awesome sandstone rock!

Taking in the views

The Chilean border in no mans land

Wildlife along the road

On the Altiplano, it's cold and clear. There are no trees, only sand, rocks, volcanos and lots of dust.
You could say, It's like being on the moon... but couldn't tell you, I've never been on the moon!

These rocks looked like they would be pre - historic dinosaur Pu! maybe they are.

sipping on Mate while enjoying the warmth of sunrise at my last camp in Bolivia. 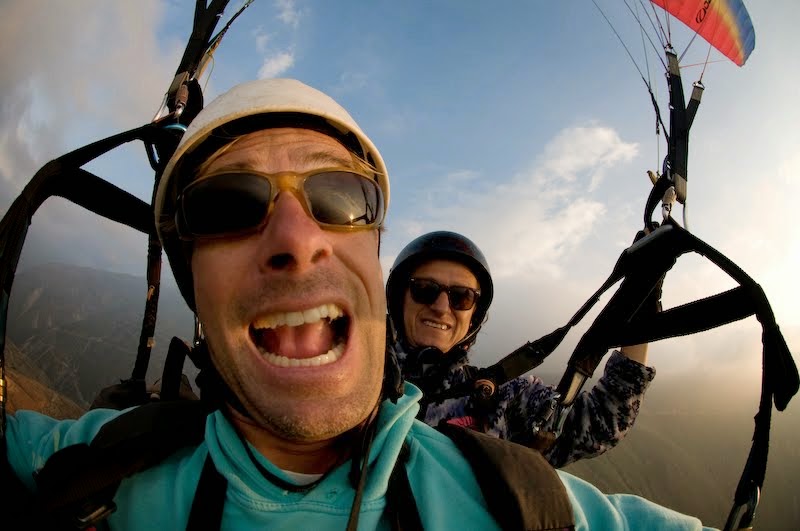 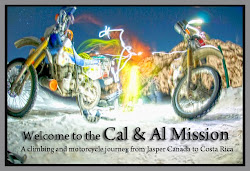